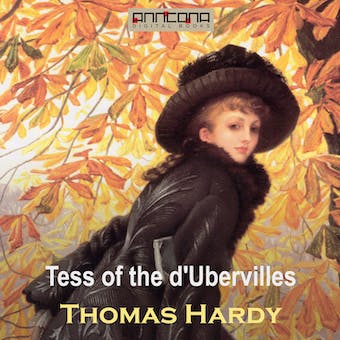 Tess of the d'Urbervilles

Tess of the d'Urbervilles

4,0 1 betyg
16 h 17 min
Tess of the d'Urbervilles: A Pure Woman Faithfully Presented is a novel by English author Thomas Hardy, first published in 1891. It initially appeared in a censored and serialised version, published by the British illustrated newspaper, The Graphic.

Though now considered an important work of English literature, the book received mixed reviews when it first appeared, in part because it challenged the sexual mores of Hardy's day.

One of the greatest English tragic novels, Tess of the d'Urbervilles is the story of a “pure woman” who is victimized both by conventional morality and its antithesis. Tess Durbeyfield, is a young working woman who is sent by her father to visit wealthy relatives. Her encounter with Alec d'Urberville changes her life forever, and brings about a doom that no one could have foreseen.

Hardy was an unflinching observer and in Tess of the d'Urbervilles has left us some unforgettable vignettes of rural life in late 19th-century England: the slow death of a flock of wounded pheasants, the monotony of field labour under an iron gray sky, and the itinerant farm worker’s seasonal round.

Apart from being adapted for the stage several times the story has also been filmed at least eight times, including three for general release through cinemas and four television productions.

Thomas Hardy (1840-1928) was an English novelist and poet. A Victorian realist, in the tradition of George Eliot, he was also influenced both in his novels and poetry by Romanticism, especially by William Wordsworth.

Charles Dickens is another important influence on Thomas Hardy. Like Dickens, he was also highly critical of much in Victorian society, though Hardy focused more on a declining rural society.

Initially he gained fame as the author of such novels as Far from the Madding Crowd (1874), The Mayor of Casterbridge (1886), Tess of the d'Urbervilles (1891), and Jude the Obscure (1895). However, since the 1950s Hardy has been recognized as a major poet, and had a significant influence on The Movement poets of the 1950s and 1960s, including Phillip Larkin.

The bulk of his fictional works, initially published as serials in magazines, were set in the semi-fictional region of Wessex and explored tragic characters struggling against their passions and social circumstances. Hardy's Wessex is based on the medieval Anglo-Saxon kingdom and eventually came to include the counties of Dorset, Wiltshire, Somerset, Devon, Hampshire, and much of Berkshire, in south west England.