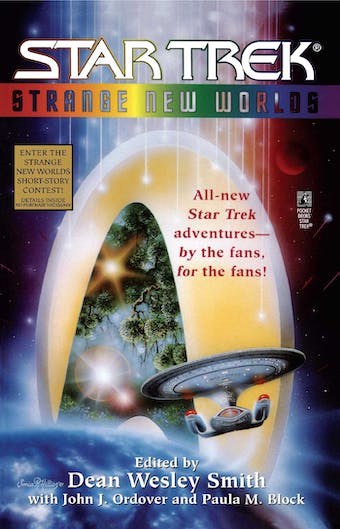 After a lengthy competition that drew thousands of submissions; these astounding stories, written exclusively by brand-new authors, were selected for their originality and style.
These eighteen fantastic tales rocket across the length and breadth of Federation time and space, from when Captain Kirk explored the galaxy on the first Starship Enterprise, through Captain Picard's U.S.S. Enterprise 1701-D and Captain Sisko's Deep Space Nine to Captain Janeway's Voyager, with many fascinating stops along the way.