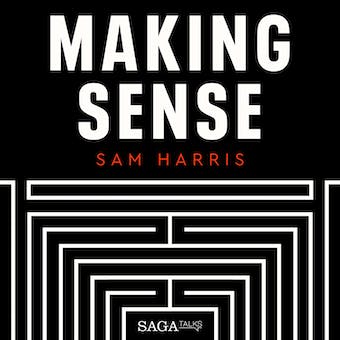 4,7 3 betyg
Serien Making Sense with Sam Harris Del 168
2 h 11 min
In this episode of the Making Sense podcast, Sam Harris speaks with Ricky Gervais. They discuss fame, the effect of social media, the changing state of comedy, offensive jokes, Louis CK, political hypocrisy, Brexit and Trump, the state of journalism, and other topics.

Ricky Gervais is a stand-up comedian, actor, director, and screenwriter. He co-created and starred in the BBC mock documentary series The Office and the sitcom series Extras. His recent projects include the show After Life and the stand-up comedy special Humanity, both released on Netflix. He is currently working on another comedy special for Netflix called Supernature.

Join neuroscientist, philosopher, and best-selling author Sam Harris as he explores important and controversial questions about the human mind, society, and current events.

Sam Harris is the author of five New York Times bestsellers. His books include The End of Faith, Letter to a Christian Nation, The Moral Landscape, Free Will, Lying, Waking Up, and Islam and the Future of Tolerance (with Maajid Nawaz). The End of Faith won the 2005 PEN Award for Nonfiction. His writing and public lectures cover a wide range of topics—neuroscience, moral philosophy, religion, meditation practice, human violence, rationality—but generally focus on how a growing understanding of ourselves and the world is changing our sense of how we should live.

Harris's work has been published in more than 20 languages and has been discussed in The New York Times, Time, Scientific American, Nature, Newsweek, Rolling Stone, and many other journals. He has written for The New York Times, The Los Angeles Times, The Economist, The Times (London), The Boston Globe, The Atlantic, The Annals of Neurology, and elsewhere.

Sam Harris received a degree in philosophy from Stanford University and a Ph.D. in neuroscience from UCLA.