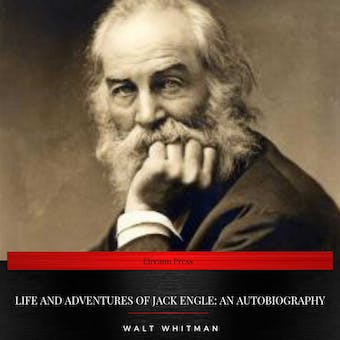 Life and Adventures of Jack Engle: An AutoBiography

Life and Adventures of Jack Engle: An AutoBiography

4 h 6 min
This story ran as a serial in 1852 in the New York Sunday Dispatch, and for more than 160 years was buried in obscurity, unknown to the world as novel written by Walt Whitman. Zachary Turpin, a graduate student specializing in Whitman's works, had seen in his notes a sketch of a novel including the characters Covert, Wigglesworth, Smytthe and Jack Engle, but no work including these characters had ever been found. After poring over endless pages of newspapers of the era however, Turpin found this advertisement for an upcoming serial:

"A RICH REVELATION. --This week's SUNDAY DISPATCH will contain the LIFE AND ADVENTURES OF JACK ENGLE, an auto-biography, in which will be handled the Philosophy, Philanthropy, Pauperism, Law, Crime, Love, Matrimony, Morals, &c., which are characteristic of this great City at the present time, including the Manners and Morals of Boarding Houses, some scenes from Church History, Operations in Wall-st., with graphic Sketches of Men and Women as they appear to the public, and as they appear in other scenes not public. Read it and you will find some familiar cases and characters, with explanations necessary to properly understand what it is all about."