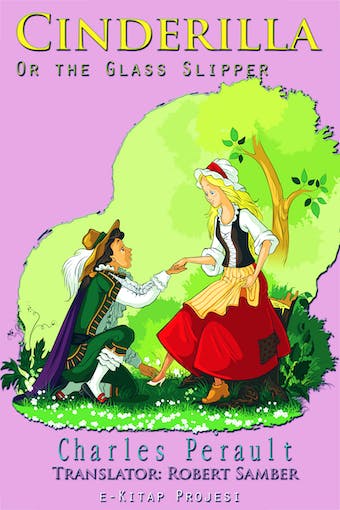 Serien Cheapest Books Children Classics Del 8
Cinderella, or "The Little Glass Slipper", is a folk tale embodying a myth-element of unjust oppression/triumphant reward. Thousands of variants are known throughout the world. The title character is a young woman living in unfortunate circumstances, that are suddenly changed to remarkable fortune. The oldest documented version comes from China, and the oldest European version from Italy. The most popular version was first published by Charles Perrault in Histoires ou contes du temps passé in 1697, and later by the Brothers Grimm in their folk tale collection Grimms' Fairy Tales.

Although the story's title and main character's name change in different languages, in English-language folklore "Cinderella" is the archetypal name. The word "Cinderella" has, by analogy, come to mean one whose attributes were unrecognized, or one who unexpectedly achieves recognition or success after a period of obscurity and neglect. The still-popular story of "Cinderella" continues to influence popular culture internationally, lending plot elements, allusions, and tropes to a wide variety of media.

ONCE there was a gentleman who married, for his second wife, the proudest and most haughty woman that was ever seen. She had, by a former husband, two daughters of her own humour and they were indeed exactly like her in all things. He had likewise, by another wife, a young daughter, but of unparalleled goodness and sweetness of temper, which she took from her mother, who was the best creature in the world.

No sooner were the ceremonies of the wedding over, but the stepmother began to shew herself in her colours. She could not bear the good qualities of this pretty girl; and the less, because they made her own daughters appear the more odious.

She employed her in the meanest work of the house; she scoured the dishes, tables, &c. and rubbed Madam's chamber, and those of Misses, her daughters; she lay up in a sorry garret, upon a wretched straw-bed, while her sisters lay in fine rooms, with floors all inlaid, upon beds of the very newest fashion, and where they had looking-glasses so large, that they might see themselves at their full length, from head to foot.