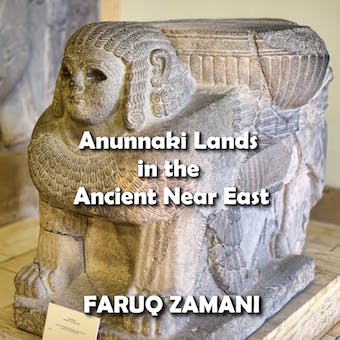 Anunnaki Lands in the Ancient Near East: How Sumer, Nibiru and Iraq Formed the Birthplace of Civilization

Anunnaki Lands in the Ancient Near East: How Sumer, Nibiru and Iraq Formed the Birthplace of Civilization

1,0 1 betyg
2 h 11 min
There were talented and dexterous people living in what is now southern Iraq during the time of Sumer. Humankind's first known civilization arose in the fertile plain irrigated by the Euphrates and Tigris rivers some 6,000 years ago "suddenly," "unexpectedly," and "with stunning abruptness," according to researchers.

It was a society to which we owe virtually every 'First' of what we consider essential to an advanced society:

For example, the wheel and wheeled transportation; brick, which made (and still makes) high-rise buildings; furnaces and kilns, which are vital to industries from baking to metallurgy.

In Sumer, astronomy, mathematics, cities and urban societies, kingships and laws, temples and priesthoods, calendars, festivals, recipes, art, artifacts, and, above all, writing and record-keeping are all firsts. They were the first to record and describe past events and tell tales of their gods through artful statues and statuettes depicted in a devotional stance.

Many landmarks along the road that brought ancient Sumer from complete obscurity to awe-inspiring appreciation of its grandeur bear the names of scholars who made the journey possible. We will mention some of those who worked at the various sites. Many others have assembled and classified fragmented artifacts over the last century and a half of Mesopotamian archaeology to list them all. We now know all this thanks to archaeology and decipherment of ancient languages during the past century and a half.

Epigraphers also worked in crowded museums and libraries to turn clay tablets inscribed with odd 'cuneates' into readable cultural, academic, and historical treasures by converting their persistence, devotion, and abilities.

Anunnaki Lands in the Ancient Near East: How Sumer, Nibiru and Iraq Formed the Birthplace of Civilization är tillgänglig som ljudbok.