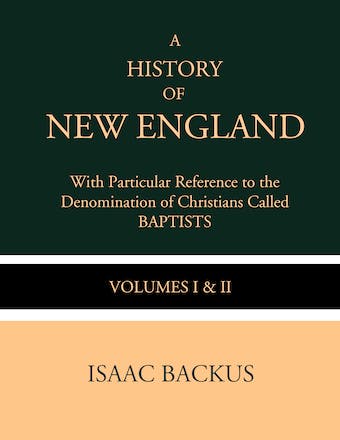 History has been so often written and improved, either for party purposes, or mere amusement, that some serious persons have been ready to treat it as a thing foreign to religion, and of little service to mankind. Yet the same persons will readily own, that nothing teaches like experience; and what is true history but the experiences of those who have gone before us? of which perhaps none have been more remarkable, since the affairs of Canaan, than those of this country. And as the present contests about liberty and government are very great, they call loudly for all the light therein that can be gained from every quarter.

Mr. Rollin, in his ancient history, says, “The powers that be are ordained of God; but neither every use that is made of this power, nor every means for the attainment of it, are from God, though every power be of him. And when we see these governments degenerating, sometimes to violence, factions, despotic sway and tyranny, ’tis wholly to the passions of mankind that we must ascribe those irregularities which are directly opposite to the primitive institution of states; and which a superior wisdom afterwards reduces to order, always making them contribute to the execution of his designs, full of equity and justice. This scene highly deserves our attention and admiration. It is with a view of making the reader attentive to this object, that I think it incumbent on me to add to the account of facts and events what regards the manners and customs of nations; because these shew their genius and character, which we may call, in some measure, the soul of history.”

Now it may well be supposed, that men who are striving for more power over others than belongs to them, will not nor cannot set either their own or their opponents’ “genius and character” in their just light. And if it should be found, that nearly all the histories of this country which are much known, have been written by persons who thought themselves invested with power to act as lawgivers and judges for their neighbors, under the name either of orthodoxy, or of immediate power from heaven, the inference will be strong, that our affairs have never been set in so clear light as they ought to be; and if this is not indeed the case I am greatly mistaken; of which the following account will enable the reader to judge for himself.

A History of New England with Particular Reference to the Denomination of Christians Called Baptist är tillgänglig som e-bok.